Why Now is the Best Time to be an Author

Veteran authors often give the impression that the writing life was easier during the Kindle Gold Rush. There was so little competition, they claim, that those who self-published ebooks could simply upload them to Kindle Direct Publishing and start selling. Demand dwarfed supply because most authors were still chasing traditional contracts, which meant authors who did go indie didn’t have to try hard to gain traction.

Many didn’t hire editors. Nor did they fork out for designers to create their covers. With everyone uploading amateur books, you didn’t need to spend a fortune to sell. And as for marketing… all you had to do was drop your ebook to 99 cents. That was it. A large portion of publishers were still focused on print and many authors didn’t have the business savvy to consider running a discount. Hence, cheap ebooks sold themselves and authors like Amanda Hocking and H.M. Ward became overnight millionaires.

Compare those stories to modern industry anecdotes and you might believe that today’s newbies have it harder:

“The market is saturated.”

“You need a five-book series in a hungry genre to make real money.”

“Successful indies must master marketing and work 60 hours a week to do well.”

A vast swathe of the community now believes you need to work twice as hard for half the results. But is that strictly true? It might be satisfying to blame the industry when you’re struggling, but publishing has developed for the better in many ways over the past decade. We have overcome a challenge for every new one we face. And while 2022 might look bleak for a plethora of reasons but, as authors, we have lots of reasons to be thankful. Coming up are a selection to remind you why now is actually the best time to be an author.

Ten years ago, authors had far less competition in the self-publishing space, but a major reason for it was the barriers to entry. For example, there was very little guidance available online for self-publishing ebooks. Unsupported by experts from traditional publishing, authors at the vanguard of the indie movement were forced to work in the dark and use guesswork to proceed. In 2012, there were no established marketplaces for freelancers. Fiverr was in its infancy and Reedsy hadn’t opened its doors. Authors had to learn basic code to fix their own ebook conversion errors. Few writers understood marketing. And those who co-wrote had to trust strangers to pay them their fair share of royalties.

Compare that vision with today and you’ll notice a range of tools and services that have solved many of those problems. Even tech-phobic authors can use ProWritingAid to polish first drafts and Reedsy’s freelancers to make them publishable (PWA even have a free grammar checker). We can produce beautiful, error-free ebook files with Vellum and distribute print-on-demand paperbacks to hundreds of retailers. We have automated Amazon ads that can help us grow an audience without having to seek out relevant readers, and services like Draft2Digital and Publish Drive to split royalties between co-writers. ScribeCount and BookReport can help with sale analytics. Years ago, if indies wanted to automate a task, they had to build a system themselves. Today, there’s a tool to simplify and streamline almost every job.

Only a few prominent authors shared what they were learning back in 2012. JA Konrath and Joanna Penn were among the first. However, new authors didn’t have much in the way of guidance. Ten years later, we have an abundance of communities to turn to for help on almost every topic. Want to join a writing circle? You can meet like-minded writers on Facebook and host writing sessions over Zoom. How about marketing advice? There’s the SPF Community, Wide for the Win and 20BooksTo50K. Between them, they boast over 80,000 author-members working in a range of genres and income brackets. Some publish exclusively on Amazon and others on all retailers. No matter who they are or how they publish, though, most are willing to share their knowledge.

Thousands of non-author book trade experts also make up our numbers. There are illustrators, editors, cover designers, accountants, IP lawyers, booksellers, data scrapers, librarians and more. Chance indicates that, if you can name of job title that exists in publishing, one person with that title lives in the community. And, if you need to access a specialist who isn’t in the community, there is usually someone who can put you in touch. Today we have unparalleled access to world-leading experts of all disciplines and the power of a vast community to help us overcome any obstacle we would struggle to tackle alone.

Say you had a time machine and could travel back to 2012 to talk to average readers in the street. It wouldn’t take long for you to notice how different their attitudes and preferences were to readers today. For a start, many only read books produced by large publishing houses. Moreover, they viewed authors who scored a publishing deal as more worthy than indies. Most readers assumed self-publishing was a backup plan for authors who weren’t good enough to get a deal. Millions of writers never even realised their dreams because they would rather see their work wait forever in a slush pile than resort to pushing the “Publish” button on KDP.

Recently, though, we’ve welcomed a monumental zeitgeist shift in reader behaviour that has eroded these prejudices. Tech savvy readers who consume on digital devices have grown in number. And rather than scoffing at our “tsunami of crap”, as enemies of self-publishing once called indie books, they have embraced self-publishers and want to support them in any way they can, much like they do with indie musicians. This is a testament to early indies who educated them on the realities of the industry. Because of them and other indie creators working in the arts, modern readers see helping their favourite authors as a standard practice. They’re more capable, aware and willing to help authors raise their careers from ground zero.

Options for All Budgets

Modern authors often allege that publishing was cheaper back when there was little competition. The reality, though, depends on what component of publishing you measure. If you’re talking just about marketing then, yes, it was easier to make a splash with a relatively small advertising budget because fewer authors and publishers were pushing their books online. A smaller proportion of indies paid for professional editors and designers, but that didn’t mean production was cheaper. It was just that the general industry standard was lower and readers, hungry for ebooks, were happy to overlook production quality issues. In fact, look at other production facets and you will see that many aspects of publishing were actually more expensive.

For instance, back in 2012, any author who wanted to publish a book in a paperback format typically had to pre-fund a print run and warehouse their own personal inventory. Amazon didn’t offer print-on-demand hardbacks and Ingram hadn’t yet launched Ingram Spark (originally called Lightning Source). As a result, hardbacks were out of reach for most new indies.

Nowadays, POD applications have made them an option for all authors, alongside templated merchandise like mugs and bookmarks. Even if we wanted to create more unique collectables, we have crowd-funding platforms now that can help us cover the costs. Licensing has become a more common practice for indies, too, thanks to a rise in IP education and an acceptance of indies working with licensing partners. Put simply, some elements of publishing are more expensive but, at the same time, more options have opened up to authors with smaller budgets.

The number of published authors has grown considerably throughout the last decade thanks to the rise of self-publishing. Its popularity wouldn’t have grown as quickly, though, if it weren’t for a growing abundance of information available to new authors that has given them the confidence to go it alone. Nowadays, for instance, you don’t have to trawl K-Boards for scraps of information. You can delve deep into almost any topic, analysing stats and consuming case studies in whatever format you prefer, from blog posts to social media conversations and podcast episodes to purpose-built online courses.

What’s more, it’s easier than ever to learn thanks to the publishing vocabulary. If you’re new to the industry, you might feel lost hearing about how one author has improved their CPC, directing PPC ads at a POD novel they published through D2D. You might hate having to learn the jargon and acronyms. But you know what? All that complexity is better than the 2012 alterative. Back then, the self-publishing lexicon was basic and vague. If new authors wanted to learn about a topic, they had to guess what words to include when searching. Many acronyms and terms were yet to be coined. As the industry matures, we have a developed specific lexicon that’s universally acknowledged. This advancement makes any topic far easier to search and learn in depth.

As the popular Chinese proverb goes: “The best time to plant a tree was 20 years ago. The second best time is now.” And so it is with publishing. While you might have benefited from hitting it big in 2012, you can’t change the past, nor guarantee you would have hit the jackpot. In reality, every era has its opportunities and challenges. Authors who flourished back then would have been amazed by the tools, communities, readers, options and resources we have at our disposal today. So, proceed happily in the knowledge that, in one way or another, no matter when you’re publishing, now is always the best time to be an author.

5 Full-Time Author Struggles (and How to Avoid Them) 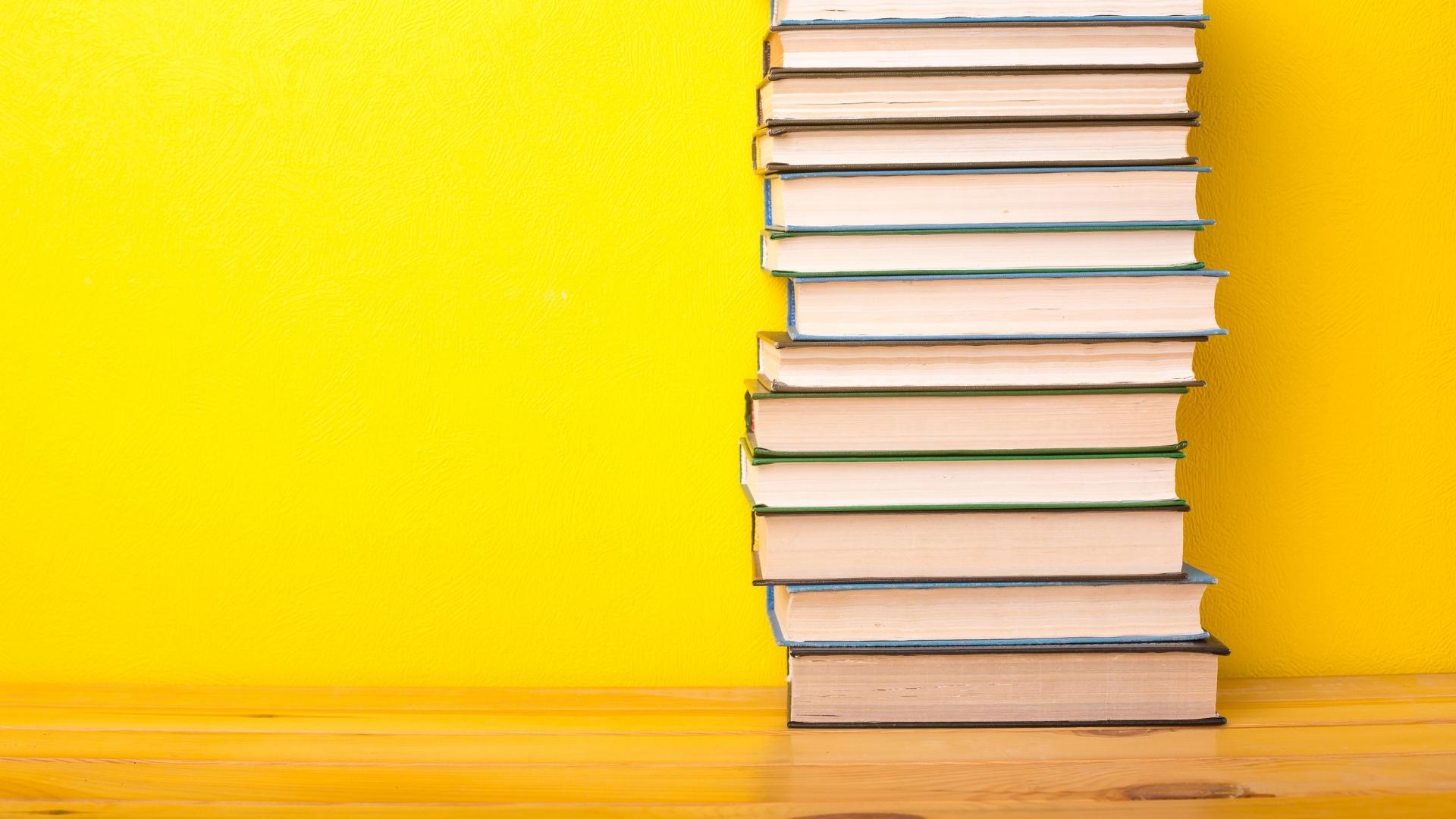 How to Use Links to Enhance Your Book Sales