Terminator was not a documentary sent from the future to save us, yet that’s the mentality many writers share when they talk about artificial intelligence. They make comments like “we’ll all be obsolete soon” and “writers won’t be able to compete when companies start using robots.” Their default reactions to AI are scepticism and fear. It’s understandable. We’ve all seen machines decimate other professions. Excavators have thinned the number of labourers used on construction sites. Self-checkout terminals have replaced supermarket cashiers. Single AIs now filter customer service calls, reducing the staff needed at call centres.

Despite what trends suggest, however, not all jobs will follow the dodo into oblivion. In fact, writers will likely fare better than most, partly because their art inspires a phenomenon that resides in few other industries: loyalty to the individual creator. Look at it this way – do you care who makes your bread? Your laptop? What about your car? You might prefer a certain brand but you probably don’t insist that these products are designed and manufactured by a specific person.

Publishing, however, is different. Readers don’t buy books because they like the publisher. Their primary focus is the author. If the author dies or retires and another takes over their series then a large portion of readers bail. This is because they’re only interested in work produced by the original creator. And therein lies the crux of why AI is unlikely to threaten writers’ livelihoods. What does that mean for us? Essentially, it means we get to benefit from AI without falling victim to it. Coming up in today’s blog post are a few of the perks writers can expect.

AI is developing rapidly in the voice-recognition department. Dragon Dictation by Nuance, the software that types whatever you say, has become a recognisable brand among writers. It has exploded the productivity of some bestsellers but proven to be a source of frustration for others who can’t get it to cooperate. Accuracy rates are lower than people would like and it needs to be trained to understand accents, but the technology is evolving all the time. Better still, Dragon isn’t the only player in this pond. Bigger tech companies like Apple, Google and Microsoft are all racing to enhance the sophisticated voice assistants embedded in devices, which means innovation is abundant.

Programmers are constantly working on the AIs that power this technology. But it’s also advancing autonomously thanks to machine learning. The full list of opportunities that will arise from this particular branch of AI developments is unclear. What we know so far is that the advancements will definitely improve writers’ abilities to research books, type them at speed, edit them and promote the final product. Moreover, dictation will open up this ability to those with learning difficulties like dyslexia and those in developing countries who are completely bypassing traditional word-processors.

Meet BERT – or Bidirectional Encoder Representations from Transformers – an AI developed by Google and its partners. BERT’s programming means it can analyse text, fill in missing words and even finish sentences. If you’re unfamiliar with the technology, this prospect might seem dangerous. After all, if an AI can complete sentences now, then it will soon be able to map out books, right?

Actually, that’s already happened. Not only has an AI written a novel but some media companies use similar systems to write formulaic finance and sports articles, including stock prices, scores and players’ names. Reports suggest that the novel is bizarre but untrained readers don’t typically notice anything amiss with the articles. For all they know, they were written by a human. Knowing this, though, we can draw a clear conclusion: right now, AIs can’t write good books or even complex articles. That’s why they’re only trusted to churn out formulaic finance reports and sporting press releases.

Machines lack creativity, common sense and the ability to contextualise complicated factors. So relax. Authors are safe from Skynet for the foreseeable future. Having said that, their ability to finish sentences could prove useful as a writing aid. For example, frustrated with a difficult scene, you could paste your last line into a tool like BERT and see where it takes the story. The result won’t be polished literary genius but it could provide you with the right brand of outside-the-box inspiration to keep your characters moving.

There aren’t many financial barriers for new-starters left in the publishing industry thanks to the flexibility of self-publishing. While professional editors and cover designers are recommended, some authors do run successful businesses without them. To save cash, they self-edit and use their limited Photoshop experience to piece together a workable cover. Advertising too, has become a self-service endeavour for savvy authors keen to learn and scale up their budgets. When it comes to audiobooks, however, many authors still struggle to get started.

Generally, they face three options: overcome a steep luring curve and record themselves reading their novel, sign a royalty-split deal with an actor, or pay several thousand dollars upfront to have it produced to a professional standard. So, in essence, risk producing a sub-par product, risk losing a ton of royalties long term, or risk investing a small fortune into a product that might never turn a profit. None are particularly appealing options for newbies.

AI might have a solution. Amazon has already developed Amazon Polly, a blog plugin that provides a narration option for readers. On top of that, competing tech companies are honing the technology that creates “deep fakes” to produce “voice synths”. These are artificial voices created by patching together assorted audio clips of a person speaking. Want to hear Morgan Freeman read your book? A voice synth can make that happen. Jack Black? Skadoosh. Done. Donald Trump? Absolutely! This is not fake news. Providing that a person is willing to license their voice and you can pay for it, you can have them narrate your book.

While AIs narrators aren’t mainstream yet, you should soon be able to license a celebrity’s voice for a fraction of their acting fee. Perhaps you could even license a few and create a full radio play with an all-star cast. Or if you write non-fiction, you could build your own synth and get it to read your books, saving you time you would otherwise spend in the recording studio. Of course, a voice synth won’t be able to express the same original flair as a real actor, so they’ll get to keep their jobs, but these “synth” audiobooks will offer a cheaper substitute product for authors who want to get started.

The dictionary defines metadata as: “data that gives information about other data.” Almost everything you see on the internet has metadata, as does every digital file on your device. Buttons have embedded hyperlinks. Images have alt tags that appear on webpages if they fail to load. Video files contain length and quality information. And we all enter similar metadata, including category codes, keywords and sales descriptions when we upload our books to distributors.

Developers are working hard to automate this process, knowing that humans aren’t particularly good at metadata entry. So far, AIs have already cracked the code on sourcing some file information. They can identify faces in pictures and apply automatic subtitles to videos. That said, producing competent keyword suggestions for books continues to elude them. Again, the difficulty resides in context. While a human is absorbed in chapter eight of a modern office romance about Jane Doe and her hapless “white knight” from accounts, the AI assistant has already filed the story under “Swords and Sorcery”.

When a breakthrough happens – and it will – just wait. AIs will eventually provide publishers with far better keywords that will enhance marketing campaigns and ease the dreaded blurb-writing process. These coveted features are coming. For now, though, all we can do is sigh and watch with amusement as the machines master sarcasm.

The four benefits explored in this post are just surface-level applications. More will arise as creatives get the chance to tinker with the tech. Not only will developments in this area make the publishing side of this writing business considerably easier but the creative applications will make it fairer and more fun for authors at every stage in their career. 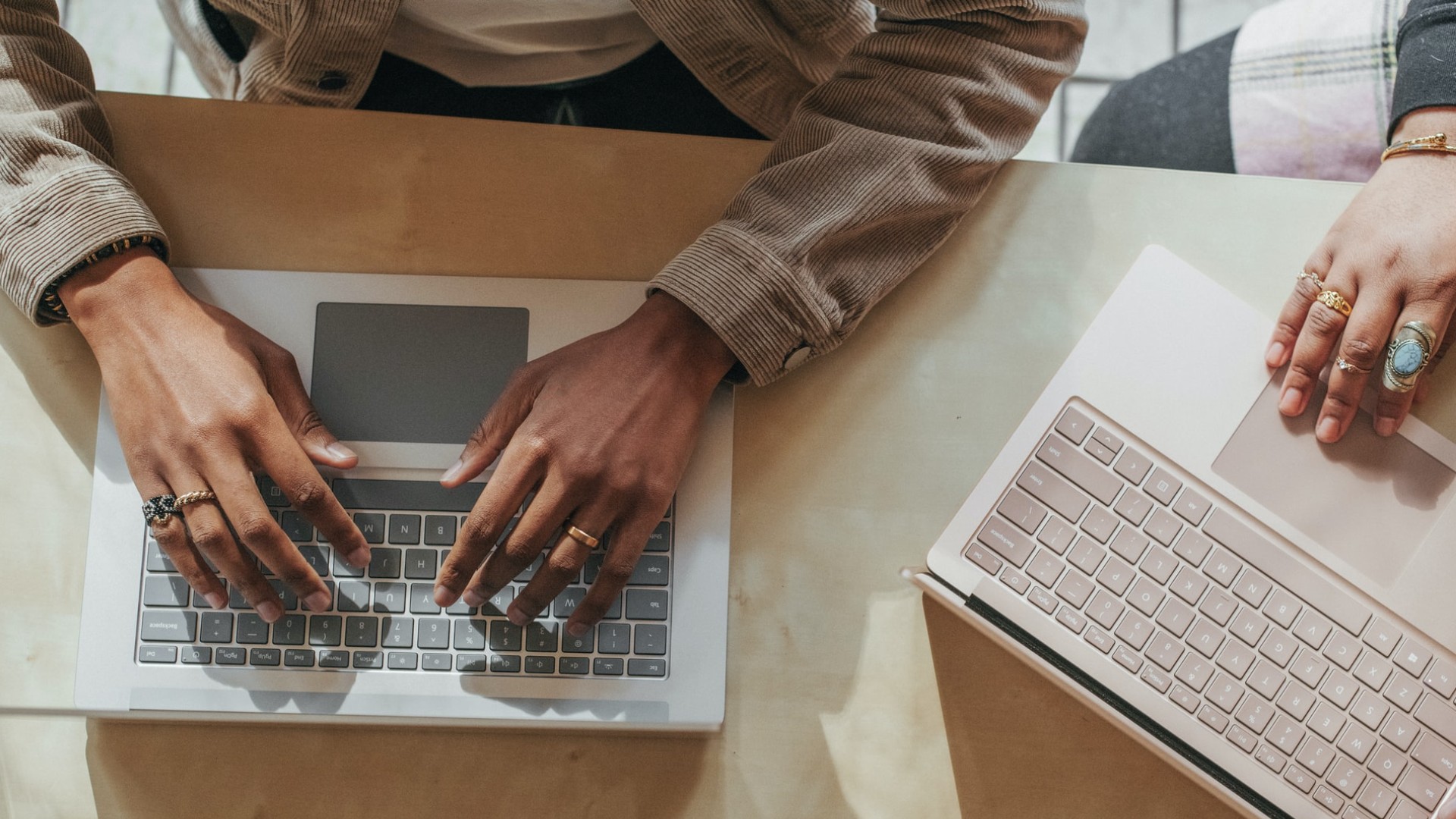 How to Write Funny Fiction