SPS-326: Six Figures in Her First Year – with Nora Phoenix

SPS-282: Happy Ever After: The Rise to Romance Stardom – with Lucy Score 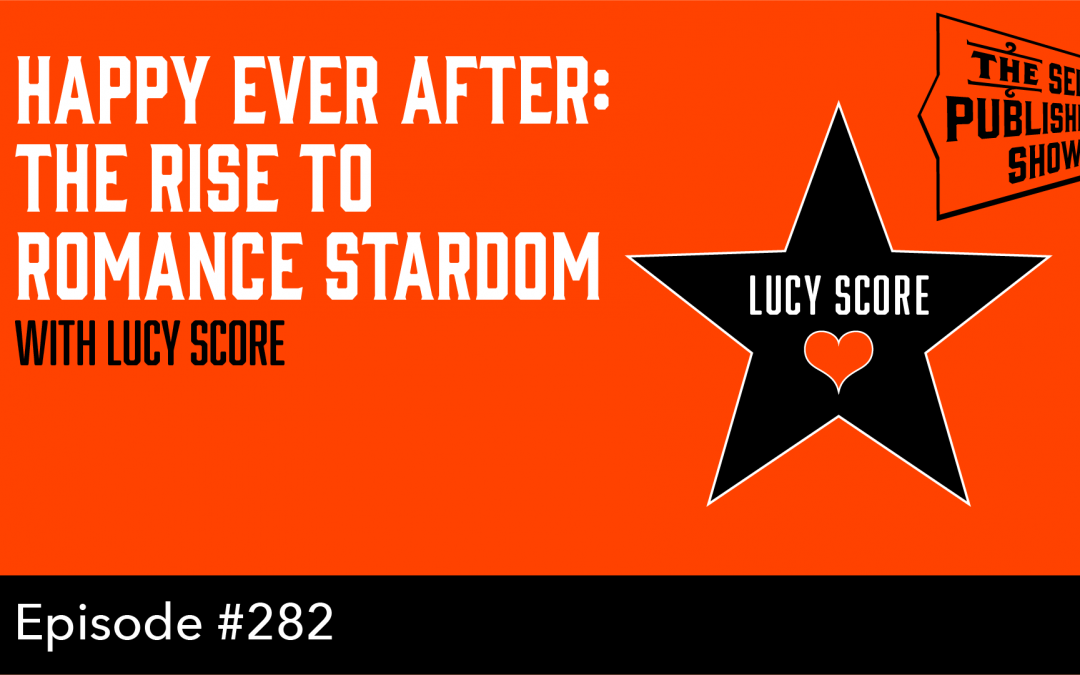 Lucy explains how taking Mark’s courses has led to her becoming one of the biggest romance writers in the business.

SPF’s very own Mark Dawson details the key elements of his career as a bestselling self-published author in 2019.

SPF-032: An Inspirational Self Publishing Success Story – with Elicia Hyder

Self publishing success stories are becoming more and more common. The opportunity to write and benefit from your books is now very real. During their recent trip to the United States for the NINC conference, Mark and James were able to meet a number of SPF students, one of whom was Elicia Hyder. She is one of the many people who has not only replaced their normal income through self publishing, but exceeded it. This delightful conversation was recorded poolside at the hotel where the NINC conference was hosted, and will serve as a shot in the arm for anyone who’s willing to work hard for their self publishing success. You can do it!

A cancer diagnosis right after being offered a traditional publishing deal.

Once Elicia had her novel written she began making inquiries to a handful of agents, one of whom responded almost immediately. It was a very exciting response that told Elicia that her book truly had promise. But hot on the heels of an offer from that agent came the news that she had cancer. Putting her publishing dream on hold she dug in to fight the cancer and beat it. Once she was ready to focus on her book again she began to see that she had the means to publish on her own more successfully than with any traditional publisher – because she was willing to work harder for her own success than they ever would. You can hear what she did and how she went about it on this episode.

When Elicia began to market her books in earnest she did so with the experience of her digital marketing background. One thing she knew was that an email list was her first order of business. Through self-study, she learned how to set up the systems to make it happen and began collecting email addresses of those interested in her work. The next step for her was to unpack and master the Facebook ads system. She heard about Mark’s course but decided that she could do it on her own – and discovered that she was missing some key components in the process. That’s when she decided to invest in the course. The results she saw were tremendous and almost immediate. You can hear her entire story on this episode of the Self Publishing Formula.

Self publishing success is entirely possible, but not easy.

As Elicia’s story shows, success at self publishing is entirely possible. But if you listen to what she has to share she’s also very clear about how much diligence and hard work go into the process on a consistent basis. This is a woman who works hard for the success she’s experiencing. If you’re curious as to what that kind of hard work looks like you can hear Elicia’s version of it on this episode. You’ll also hear her pep talk to anyone who’s willing to do the work, and about what they might be able to achieve by self publishing.

Is your self publishing promotion and sales missing a few key components?

Just like Elicia discovered, there are some very important, small adjustments that make all the difference in the success or failure of marketing a self published book. When she was able to understand those things and put them into practice, all her efforts began to pay off. The most vital of those was the Facebook Ads for Authors course that Mark has created. Listen to this episode to find out why Facebook ads are one of the key pieces of the marketing puzzle, and how it can be used for authors, or anyone wanting to promote their product effectively.

Outline of this great episode

Resources & Links mentioned in this episode